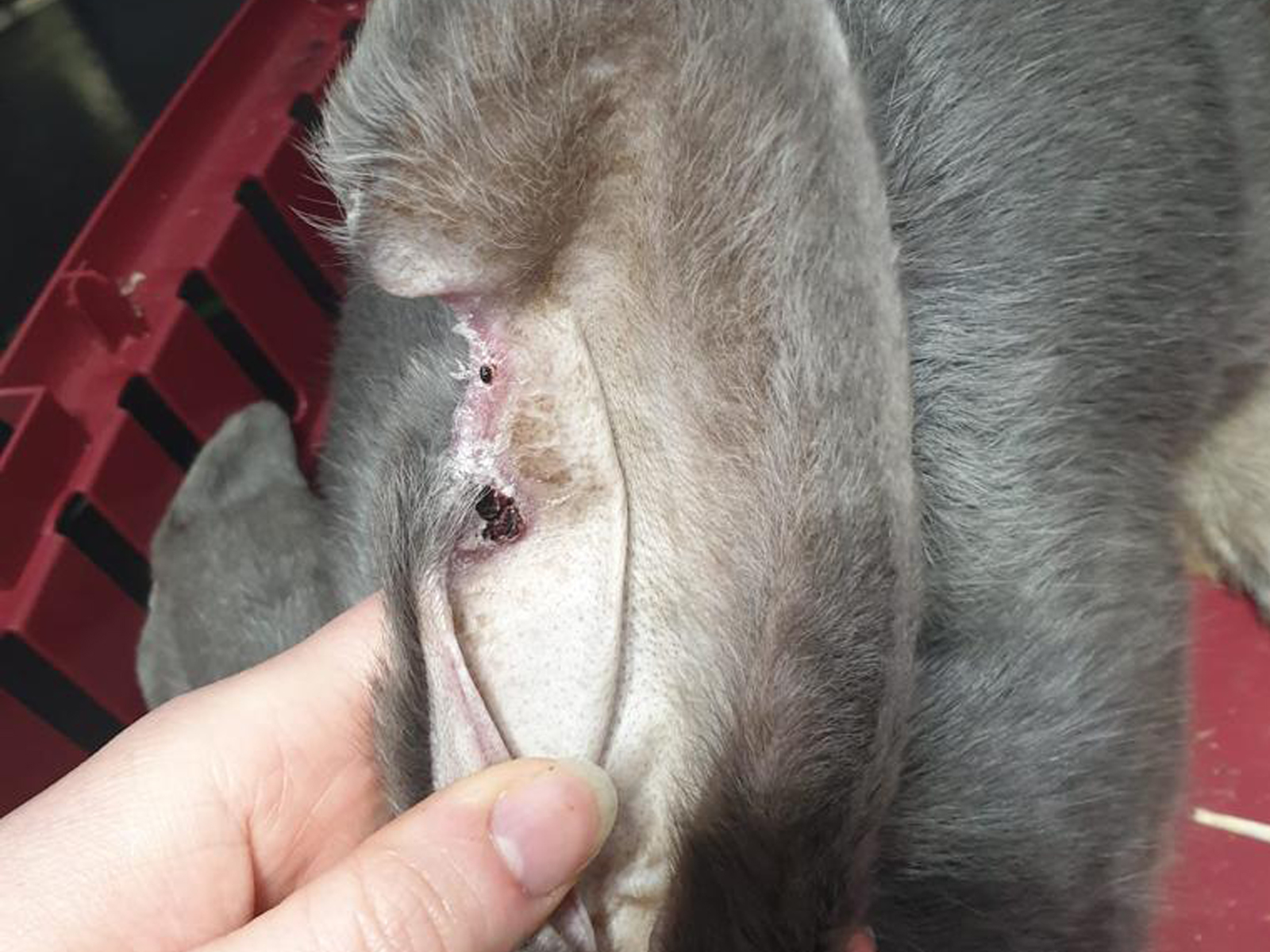 Meet Monty, the adorable 7-month-old giant rabbit. Monty came to us with a rather severe case of ear mites causing a build-up of crusty discharge and ulcers in his ear canals. Unfortunately for Monty this led to the lining of his rather large ears becoming infected with small sections becoming necrotic, a rare complication that occurs if the blood supply of the tissue is damaged resulting in tissue will dying and eventually falling off. In order to treat his condition and save his lovely ears, he was started on a course of antibiotics, pain relief and antiparasitic injections. Thankfully he responded extremely well, but a very small section of his ear was too badly damaged meaning he now has a little C shape missing on one side. We think he still looks very handsome though!

Since meeting him, Monty has almost doubled in weight and being a giant breed he is likely to continue to grow, with some reaching over 5kg, which bigger than most cats!